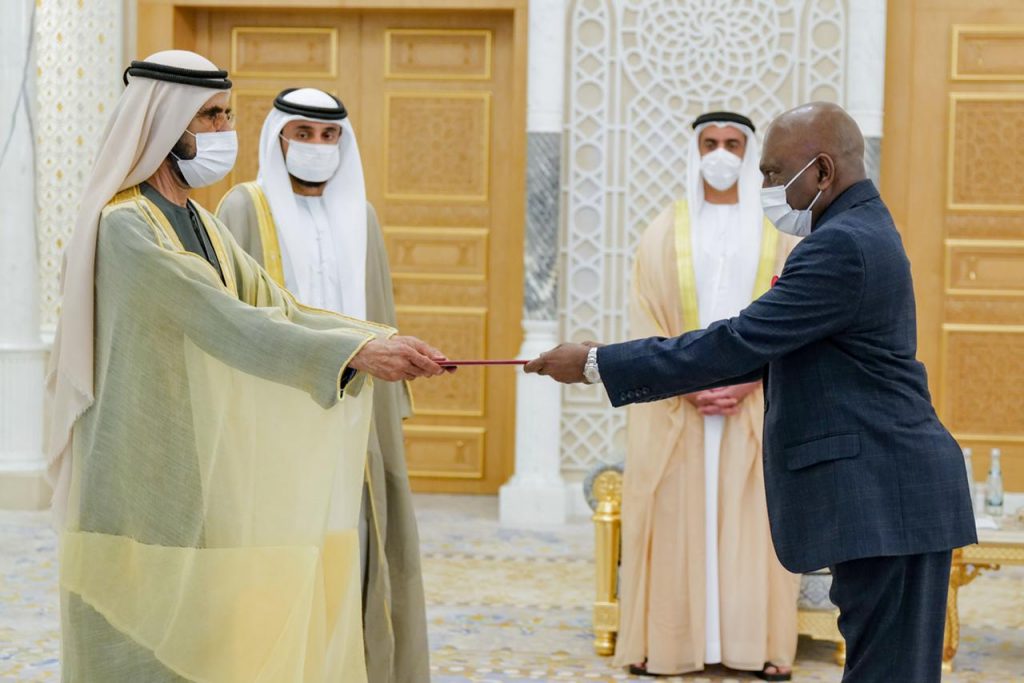 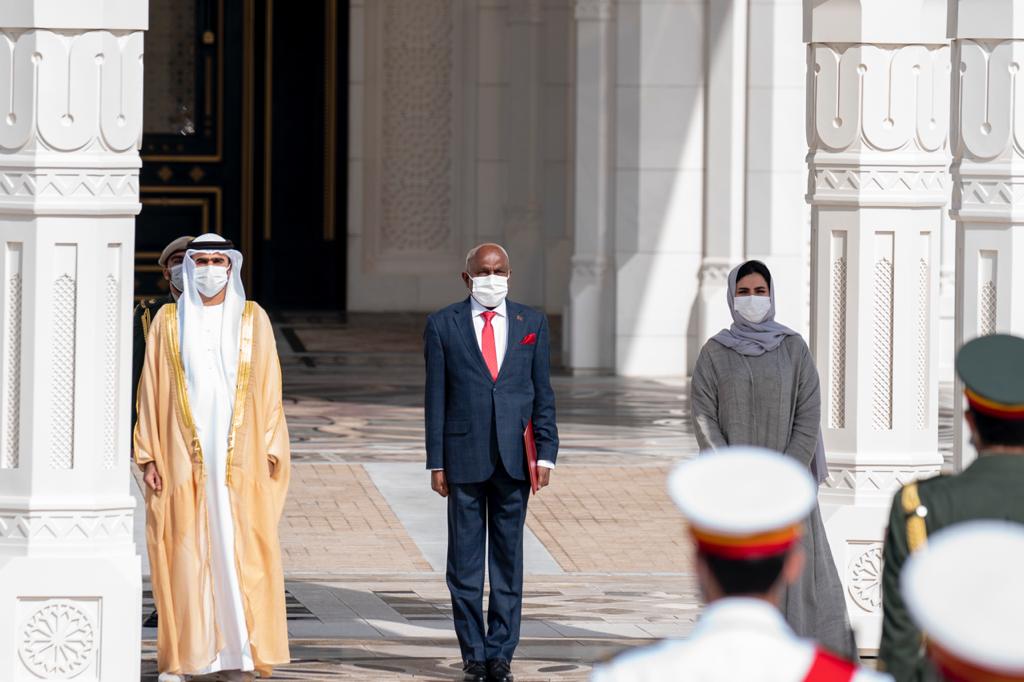 During the courtesy call, the Ambassador mentioned that Sri Lanka – United Arab Emirates friendly relations have grown exponentially covering a multitude of areas with mutual benefits and he also stated that Sri Lanka hopes to further uplift the existing bilateral relations to best friend status.

Following the credential ceremony, a reception was held at the “Sri Lanka House” the Official Residence of the Ambassador for business leaders, bankers, entrepreneurs, Sri Lankan Community and Embassy & Consulate staff.

Ambassador, Malraj De Silva is a carrier administrator in various capacities. His primary and secondary education was completed at Ananda College, Colombo, graduated as a Civil Engineer, completed Electrical Engineering from Council of Engineering Institutions (England) and Building Official from International Conference of Building Officials (USA). He was directly enlisted to Sri Lanka Army Engineering Corps, Area Quantity Surveyor in charge of all construction activities in Northern Palace in Sultanate of Oman and became the Supervising Manager for the Construction Inspection Department of Construction Management Unit of Los Angeles County Development Authority prior to becoming the Ambassador. He was appointed as the Consul General of Los Angeles and Eight Western States of the United States of America. He is married to Ranjanie De Silva, having three children and four grandchildren.