On an initiative of His Excellency Malraj de Silva, the Ambassador of Sri Lanka to the United Arab Emirates, arrangements were made to distribute the world-famous Ceylon Tea to the medical professionals and frontline health staff in the UAE as a gesture of goodwill in appreciation of the great care extended by them towards the welfare of Sri Lankan expatriates in UAE during the unprecedented pandemic.
The first series of these events were held in Ras Al Khaimah (RAK) where Ceylon Tea was gifted to RAK Hospital, Saqr Hospital, and RAK Medical University.
The Ambassador was accompanied by Mr. Nalinda Wijerathna, Sri Lanka Consul General in Dubai and the Northern Emirates, Premala Srikantha, Minister (Tea Promotion) for MENA Region, and Mohamed Rizvi, Head of Chancery of the Embassy. Mr. Sampath Perera, Head of Corporate and Commercial Banking of RAK BANK and Mr. Suren Swaminathan, Chairman of Sri Lanka Business Council in Dubai also participated representing the business sector.
The Sri Lanka Tea Board and leading Sri Lankan Tea exporting companies, namely, Akbar Brothers (Pvt) Ltd, Dilmah Ceylon Tea Company, Jafferjee Brothers, Mahmood Tea International (Pvt) Ltd, Bagawantalawa Tea Ceylon (Pvt) Ltd, and Watawala Tea Ceylon Ltd contributed generously towards this initiative.
A symbolic package of assortment of Ceylon Teas was gifted to Mr. Mohammed Bin Rashid, the Director of Saqr hospital and a donation of Ceylon Tea was also handed over to the management for distribution among the medical and health care staff.
A high tea was served at RAK hospital where the Sri Lankan hospitality was portrayed. All seven regional specialty Ceylon Teas were brewed and displayed at the event and invitees were presented with Ceylon Tea packs.
Addressing the delegation Dr. S. Gurumadhva Rao President, RAK Medical & Health Sciences University appreciated the visit by the Ambassador and the delegation for the goodwill gesture extended to all medical professionals and health care workers who were in the front line to combat the pandemic. Dr. Rao detailed the special programs of the University and possible cooperation between Sri Lanka and the RAK Medical University.
The visit by the Ambassador and the delegation to Ras Al Khaimah and the gesture extended by Sri Lanka was a milestone between the diplomatic relations between Sri Lanka and UAE. 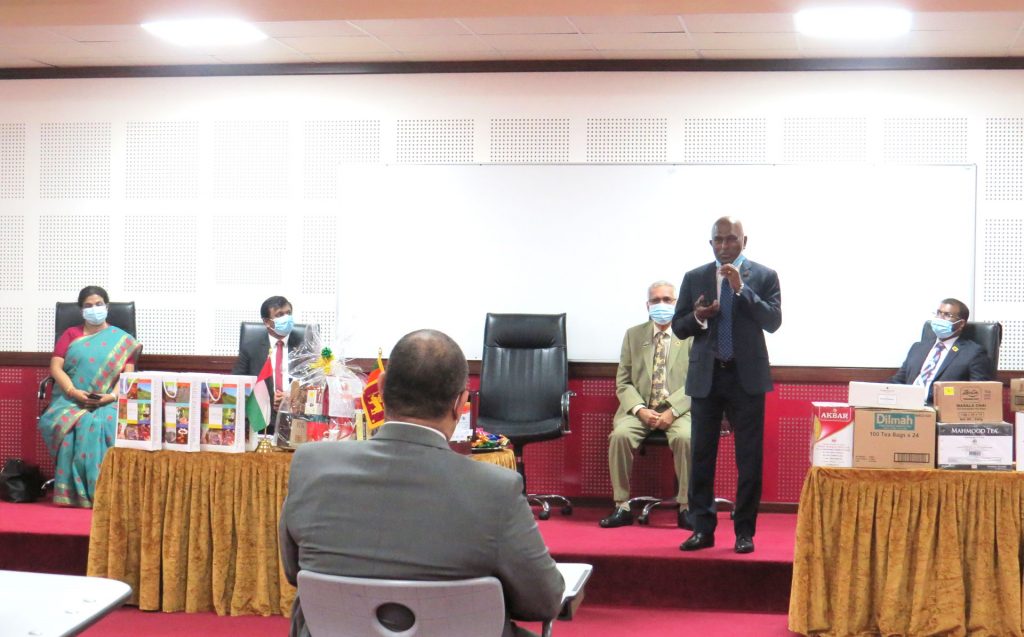 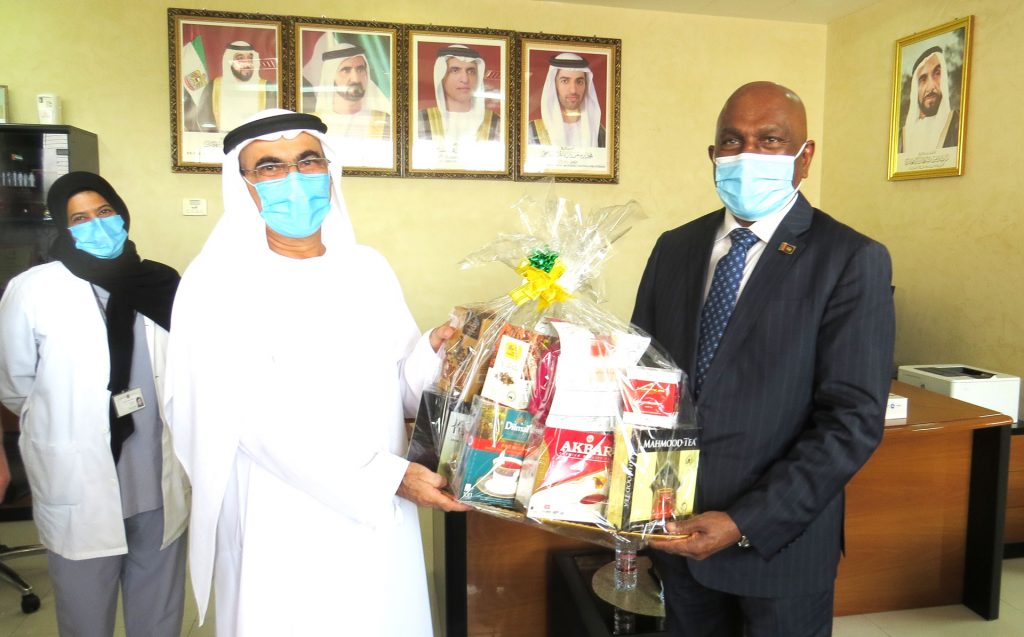 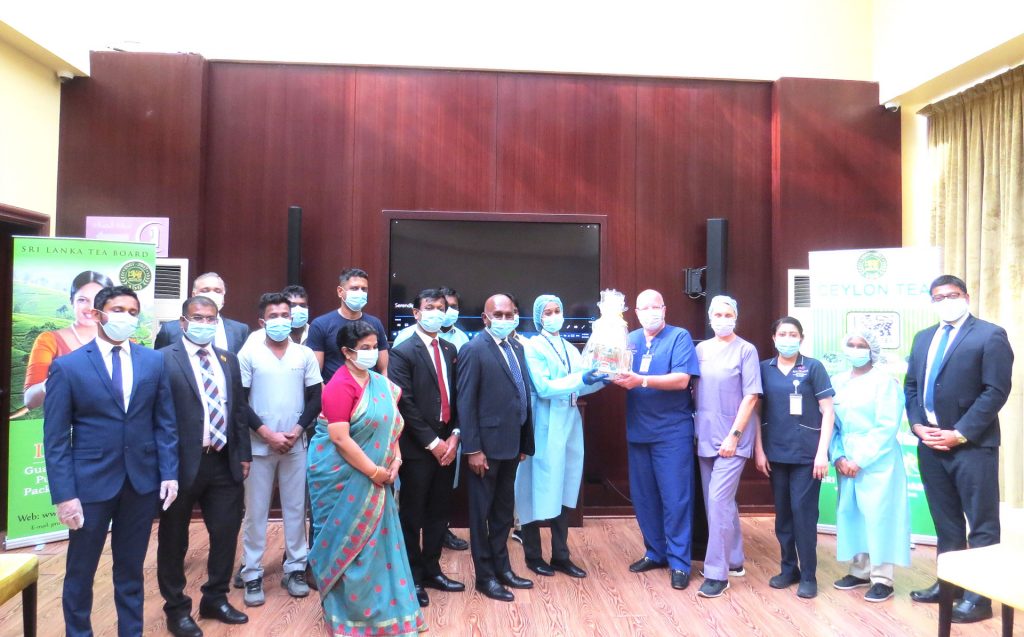